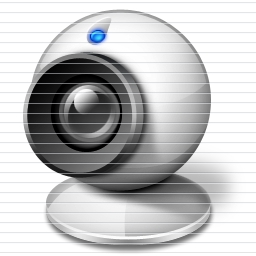 According to a report in the Barnstable Hyannis Patch, Kevin McNicol of Hyannis, Massachusetts has been charged in the Massachusetts Federal Court for Sexual Exploitation of a Child. Authorities allege that McNicol had a minor engage in sexually explicit acts for the purpose of transmitting a video of that act. The crime occurred in April of 2004. McNicol’s home was searched on May of last year at which time his computer was seized. An analysis of the computer hard drive disclosed the presence of Child Pornography created through a web cam.

The article does not disclose under which statute McNicol was charged. I would imagine however that 18 U.S.C. Section 2251 applies here. That statute makes it a crime for anyone to entice, persuade or coerce a minor to engage in explicit sexual conduct for the purpose of transmitting a live depiction of such conduct. The sentence for a conviction under this statute mandates fifteen years in federal custody and has a maximum sentence of thirty years in prison.

There is an unusual defense to this crime. Federal case law has held that if a defendant shows by clear and convincing evidence that he was not aware that the actor was under the age of eighteen he can avoid a conviction. Unlike Statutory Rape laws in Massachusetts, this statute permits someone to defend the case on the basis that he made a good faith mistake as to age. There is a caveat to this however. The First Circuit Court of Appeals has not addressed this issue and the supporting authority comes from the 8th, 9th and 11th Circuits.

The challenges to sentences under this law have not been very successful making it all the more important that anyone charged with this crime hire an experienced Massachusetts Federal Crimes Lawyer.

So how is the defendant going to fight these charges? For one thing, anytime there is a Search Warrant issued lawyers look to see if the warrant violated the Fourth and Fourteenth Amendment rights of the accused. Was there probable cause to issue the Search Warrant? Does the supporting affidavit provide sufficient evidence that the crime was committed and that the items searched would likely contain evidence of the commission of the crime? Sometimes in cases like this there is a live issue as to who actually orchestrated the criminal act. The mere presence of the illicit material does not necessarily mean that the person viewing it is responsible for the creation of the act. Nor for that matter is it always clear that child pornography on a one person’s computer means that he or she is responsible for downloading or viewing it. The age of the victim and his or her role in the act is important for reasons stated above. Differences in age between the defendant and victim can also have an effect on the sentence imposed in the case. It is important to remember that no matter how severe the accusation there is always a defense to criminal charges and the ability to mitigate any sentence that might be imposed.

The Law Offices of Stephen Neyman represents people accused of this crime and more. We can be reached at 617-263-6800. You can also contact us online. Hire an experience lawyer right now and get started on your defense.