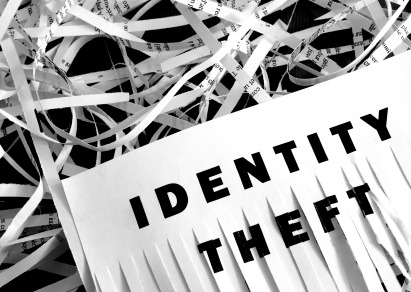 Back in early February Hingham, Massachusetts Police responded to a call for a dispute between a landlord and her tenant. Officers were advised that the woman had several aliases and was using multiple identities. An ensuing investigation showed that the woman, Wanpen Florentine had multiple birth dates, a couple of Massachusetts drivers’ licenses and perhaps more than seven names. Florentine was registered to vote under two difference names. Last week Florentine was arrested and charged with various Fraud and Identity Theft crimes, five of which are felonies. This past Monday a Search Warrant was obtained and Florentin’s home in Hingham was searched. The defendant is sixty two years old. She is being held on one hundred twenty five thousand dollars bail.

The Massachusetts Identity Theft statute is G.L. c. 266 §37E which states that anyone who poses as someone else without that person’s permission and uses that identifying information to obtain goods, money or other items of value, or uses that identifying information to harass someone else is guilty of a misdemeanor. The punishment for a conviction for this offense is no more than two and one half years in the house and the possibility of a fine of up to five thousand dollars. Interestingly enough, it does not appear that the defendant in this case has been charged with this offense. Instead, she has been charged with Fraud related Motor Vehicle Crimes that are felonies, meaning that there is a possibility that the defendant will be indicted and could face a state prison sentence. Obviously the district attorney believes that her actions were serious enough to warrant prosecuting pursuant to other statutes.

Identity Theft is becoming rampant in this country. It is estimated that over nine million people are the victims of some sort of identity theft crime every year. The danger to fraud victims is real and may not be realized for years. Victims of this type of criminal activity may be denied job opportunities, loans and are sometimes arrested for allegations that they committed crimes that they in fact never committed. We have represented many people who have been charged with Crimes in Massachusetts who never actually committed these crimes. The people who stole their identity were the actual perpetrators of the crime. You can imagine the surprise and shock to the accused in these cases when they are arrested for drug offense, theft crimes or crimes of violence that they never even heard about.

Our office has been defending people accused of crimes for well over twenty years. Some of our clients have been the victims of identity fraud crimes and have been charged with crimes that they never committed. In any case it is critical that you hire a criminal defense lawyer who has successfully defended that type of case that you are being charged with having committed. We have defended all crimes. Call us now at 617-263-6800 or email us with your questions.