21 United States Code Section 331(c) makes it a crime for anyone to receive in interstate commerce a cosmetic that is misbranded. This is a crime that is rarely seen prosecuted in this area. Unfortunately Rossi Tavarez, a thirty seven year old Dorchester, Massachusetts woman is facing federal criminal charges for allegedly violating this law. According to reports, back in 2011 Tavarez was offering lip and buttocks augmentation through injections for a fee of seven hundred dollars per injection. She used a substance that was labeled for external use. The actual product was something not identified on the label. It was in fact a silicone-based product that could create the cosmetic enhancements desired. 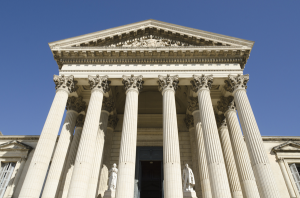 The federal criminal statute setting forth the penalty for a conviction of this offense, assuming no prior convictions for the same crime is 21 United States Code Section 333(a)(1). The most Tavarez is looking at here is one year in prison. However, this probably will not happen. Under the United States Sentencing Guidelines, a conviction falls under Section 2N2.1. This makes Tavarez a Base Offense Level 6. Again, assuming no convictions or criminal record she will be a Criminal History Category 1 which suggests a sentence of probation and up to six months in prison. If Tavarez has no prior record I imagine she will get out of this with some sort of probation. At most, home confinement.

Rarely do criminal cases in Federal Court in Massachusetts end up going to trial. Federal prosecutors seem to indict cases that are easy to prove whereas assistant district attorneys in state courts prosecute much more challenging cases. There are rewards to pleading guilty in federal court. There is a reduction in offense level for acceptance of responsibility. In essence, you are given a benefit if you waive a constitutional right. That benefit can be significant and result in years off of a sentence. The Federal Rules of Evidence also permit great latitude to prosecutors thereby limiting the exclusion of prejudicial evidence against the defendant. Cooperation is encouraged in the federal system and the reward for your efforts can be tremendous. This is not often the case in state courts. The art of defending cases in federal court has thus been reduced to litigating the sentence. That however is not always a bad thing. Here, by pleading guilty Tavarez will likely avoid jail time altogether.

Our office has tried countless cases in state and federal courts in Massachusetts. Even though litigating sentences in federal court is the norm Attorney Stephen Neyman will try the cases that should be tried. Contact us at 617-263-6800 or send us an email if you need a criminal lawyer. We defend crimes successfully in federal court.