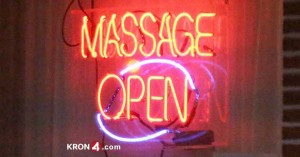 Sex For a Fee Defense

Several times in the past I have written about Massachusetts Human Trafficking cases and what I perceive as the prosecution stretching prostitution charges into human trafficking cases.  The human trafficking cases are more serious than sex for a fee matters.  I commented that people willingly involved in the world’s oldest profession would, under certain circumstances complain that they were victims and not willful criminals making good money for their services.  Earlier today I read about a case in Newburyport where a woman, Huitong Huo was arrested and charged with sex for a fee after an undercover investigation disclosed that she was offering sexual services at her massage parlor.  Interestingly enough, it was the defendant’s lawyer who suggested at the arraignment that Huo might have been a victim of human trafficking, not a criminal.  Her defense is one of coercion.  In other words, Huo is deflecting her responsibility to someone else.  This article examines how this defense might be implemented in this case.

The Defenses of Coercion and Duress in Massachusetts

Duress, also known as coercion is a defense to most crimes in Massachusetts.  This defense recognizes that in order for someone to be convicted of a crime he or she must have committed the act through free will.  The threat must be imminent.  The threat must provoke a reasonable fear of imminent serious bodily injury or death.  If the defendant had an opportunity to avoid the crime the defense cannot succeed.  Juries are permitted to consider the relationship between the defendant and the person making the threat in evaluating the defense of duress.

A Victim of Human Trafficking Cannot be Guilty of Prostitution

The defense attorney representing Huo led the judge to believe that Huo is the victim here, not the men getting sexual services.  It is a legal impossibility to be guilty of engaging in sexual conduct for a fee (prostitution) and the victim of human trafficking and sexual servitude at the same time.  Someone being forced to commit the act of prostitution cannot simultaneously be criminally responsible for the same act.  The defense is rather clever here.  The issue at trial will be whether or not Huo acted on her own volition or did someone make her do this.  The investigation seems to conclude that she is not a victim but a complicit actor making money in exchange for her services.

If the defendant in this case is properly represented and she has no criminal record she will probably come out of this case without a criminal record.  Rarely do first time offenders have to plead guilty or get convicted of prostitution and related offenses.  If this is not her first offense then perhaps her lawyer is laying the groundwork for a duress defense.  Thus far the strategy has worked.  Huo was released on $250 bail, a relatively nominal amount for someone with roots in New York.  Attorney Stephen Neyman has won cases like this one on several occasions.  We can be reached at all times when you call 617-263-6800.  Call us now.