An article in today’s Salem News discusses a scheme used by local retail store employees to obtain goods without having to pay for them. Apparently five employees used portable scanning devices issued by the store to ring up sales for fellow employees. Some of the items would be voided out so it would look like the employee was paying for one item when in fact the items voided out would be taken as well. Improper refund credits were applied to gift cards and the defendant’s personal credit cards as well. The gift cards were then used at the store to make purchases. It appears that the defendants were charged with larceny over $250, a felony in Massachusetts. 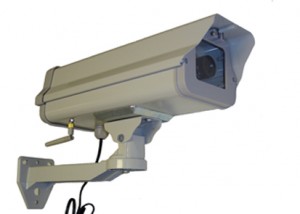 What Will Happen If You Steal From a Store Where You Work?

I get asked this question several times a year from people who were caught in stealing from their workplace and are waiting to see what is going to happen to them. Usually, you will get charged with the crime that it is believed you have committed. These cases often initiate through internal loss prevention departments of the stores where the accused works. Loss prevention officials often think they are law enforcement officers. They are not and the rules that apply to the police do not apply to loss prevention officials. For example, anyone who is detained by the police and questioned is guaranteed constitutional rights known as Miranda rights that must be read to them prior to any questioning. Loss prevention officers are not required to provide these rights as they are not considered agents of the government as are police officers. Loss prevention officials employ dubious tactics to get you to confess to crimes they think you committed. They confine you in offices until you admit guilt. They have you sign documents the contents of which they do not let you read. They trick you into signing documents they tell you will exonerate you when in fact these papers contain a virtual confession. They tell you they are police and threaten you with jail. The bottom line is that if you talk to these people you will get charged with a crime.

What Will Happen to Me In Court?

Usually, if you have no criminal record and the amount of goods stolen is small you can walk away without having a criminal record. Sometimes these cases are dismissed on court costs, other time pretrial probation is imposed and a continuance without a finding might be another way of resolving these cases. If the company gets the goods back or is reimbursed in full for the loss your chances of coming away from this without a record improves substantially. In this case, given the ages of the defendants and the value of the goods stolen they might all be able to get a favorable result provided restitution is made.

Attorney Stephen Neyman has defended simple and elaborate larceny and theft schemes for nearly three decades. If you have been accused of a crime like these call us at 617-263-6800 or send us an email. Allow us to defend you.