When accused of a crime, there are a number of defenses that can be raised by the accused/defendant. One of the most commonly raised defenses used when charged with assault and battery, and even murder, is the act of self defense. Self defense is a criminal defense that can justify a defendant’s use of force or a weapon against another person. 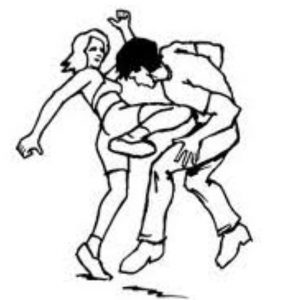 In Massachusetts, you have the right to defend yourself by using self defense if:

Castle Exception to the Duty to Retreat

If you are in your home, Massachusetts law does not require that you to retreat before you can act in self defense. You are not even obligated to try and avoid a confrontation with a home invader. Rather, you may take action immediately if there is an intruder in your home, and you may use deadly force if you reasonably believe that the intruder is trying to kill or severely hurt you or another person in your home.

How Much Force Can Be Used in Self-Defense?

When acting in self defense, you may only use reasonable force to defend yourself. You may only use deadly force if you believe that your attacker means to kill or seriously injure you.

When Using A Self Defense Defense In Court

If you have been charged with a crime, but believe that you acted in self defense, when your case is brought to court, your defense to the crime can be self defense. When this defense is raised, the prosecution is required to prove beyond a reasonable doubt that you did not act in self defense. Whether your actions and use of force against another is justified by self defense will depend on the facts surrounding your use of force. Having a knowledgeable criminal defense attorney on your side is vital to building a strong self defense case.