Over the Holidays, Haverhill was startled by vandalism of a Nativity scene displayed in front of Sacred Hearts Church on Christmas day. A religious statue was stolen and replaced with a severed pig head. There were concerns that the vandalism was a hate crime or was meant to convey an anti-religious message to the community. However, police have identified a mentally ill homeless woman as the culprit, the Lawrence Eagle Tribune reports. 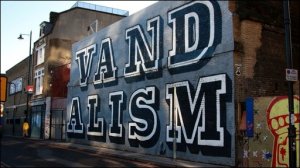 The defendant is 54 years old and has a history of defacing and vandalizing religious centers. She was recently charged with defacing the Iglesia Biblica Bautista church for scrawling “666” on the outer walls of the building after a bystander witnessed her in the commission of the crime.   She appeared to have an obsession with religion and religious artifacts. The defendant also has a history of showing up at the police station and City Hall with religious artifacts and is often seen preaching to anyone who will listen. Upon arrest, the woman struck an officer repeatedly with a metal crucifix she had stolen from the Nativity scene at Sacred Hearts Church. A psychologist confirmed during Ceremeno’s arraignment that the accused has a religious preoccupation.

The defendant was committed to a mental health facility where her mental state would be evaluated, as it is unclear whether she was sane at the time she committed the vandalism of the Nativity scene. The defendant is being charged destruction of a place of worship, malicious destruction of property, and larceny for stealing the statue.

The defendant has been charged with grand larceny, or larceny of property with a value of more than $250. Assuming that she is held to have been sane at the time of the vandalism (i.e., she is not considered to have been mentally incapacitated), the Commonwealth will have the burden of proving beyond a reasonable doubt that the defendant:

The Commonwealth may have a difficult time establishing these elements in the case against the accused because she has not confessed to the crime, and no one has come forward as an eyewitness identifying her specifically. The only evidence that stands against her at this point is circumstantial. She has a religious preoccupation – which is not illegal; she had a metal crucifix that was the property of the Sacred Hearts Church – but that item does not mean she took the statute, nor does the stolen crucifix have a value of $250 or more; and she was witnessed vandalizing a different church – which is a crime in its own right, but just because she may have committed vandalism at one church, does not necessarily mean that she is guilty of the vandalism of the Nativity scene.