The Brockton Enterprise reports that Antonio Gomes, a Brockton, Massachusetts resident was arrested after allegedly pulling a knife during a “road rage” incident in Norton. A man reported that Gomes was driving behind him in an erratic manner. Gomes then passed the man and brandished a knife. The incident happened in Norton. Gomes reportedly got out of his car, argued with the other driver and waived a knife at him. He then drove away. The victim called the police who stopped and arrested Gomes. The defendant has been charged with three counts of Assault by Means of a Dangerous Weapon. 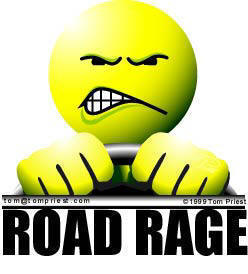 The Wikipedia defines road rage as a form of aggressive or angry behavior by a driver of a car or other vehicle. The acts that form the deed include insults, rude gestures, driving in an unsafe or threatening manner or some sort of threatening conduct while operating a motor vehicle. Sometimes road rage incidents develop into violent criminal acts, even murder. Massachusetts does not have a road rage statute. Rather, this state charges the offender with the underlying crime committed during the road rage event. Here, there were three occupants of the victim’s car, all of whom the prosecution claims were victims of Gomes use of the knife. The underlying crime here is Assault by Means of a Dangerous Weapon, a felony in Massachusetts. I would imagine that if Gomes does not have a criminal record this case might be continued without a finding conditioned upon some sort of anger management counseling.

The Law Offices of Stephen Neyman defends Road Rage Cases in Massachusetts. Call us now at 617-263-6800 or contact us online if you have been charged with a crime. We will start preparing your defense right away.