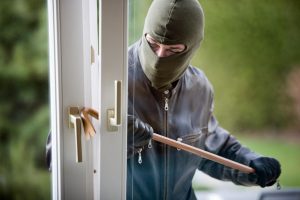 Defending Against Breaking and Entering Charges

Anyone who is facing these charges needs to consult with an experienced Massachusetts criminal defense attorney as soon as possible. Breaking and entering is a serious offense, and a conviction can land you in jail for a long time. It is important that you have an aggressive criminal defense attorney to fight the charges that you are up against. Your lawyer could be able to get the charges reduced, or even dismissed entirely.

There are several defenses that you could possibly raise against a breaking and entering charge in addition to demanding that the prosecution establish each and every element of the crime beyond a reasonable doubt. For instance, if your charges depend on an eyewitness identification that you are the suspected culprit, it may be appropriate to argue the defense of misidentification. You may look similar to the person who actually committed the crime, and it may be difficult to make a clear identification if the breaking and entering occurred at night in poor lighting conditions.

Breaking and entering charges are not something to be taken lightly, and if you are facing these kinds of charges, or any other criminal charges, you need to get in touch with an experienced criminal defense attorney as soon as possible.