Recently, police officers in Massachusetts have been building drug investigations based on leads from “concerned citizens”. These leads come in the form of formal complaints or tips. Some are anonymous. Sometimes the individual making the complaint is identified. Today, a local newspaper reported on one of these investigations taking place in Danvers shopping centers and malls. Apparently local citizens, possibly merchants had grown concerned about what they believed to be drug transactions in their parking lots. A local drug task force followed up on the leads. As a result, two Boston men were arrested for selling cocaine and charged with trafficking in the Salem District Court. 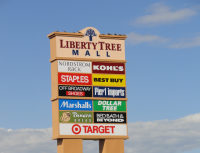 Why the Police Stopped the Car and Conducted the Search

The accused, Luis Javier Zayas-Andujar and Yogabi Romero German were traveling in a Jaguar. Police had information about this car. Consequently they ran the plates and learned who the owner is. The car was observed in various mall and shopping center parking lots. The police could not see what was occurring inside the car. Regardless, they stopped the car and searched Zayas-Andujar and German. The officers found folded cash. The defendant’s cell phones rang incessantly. A drug sniffing dog was called to the scene. A hit on the car revealed quantities of cocaine and heroin that support trafficking charges.

The stop of the car must be based on reasonable suspicion if it is to survive a motion to suppress. The suggestion in this case is that reasonable suspicion originated when the officers saw the car in the various parking lots, doing nothing and when they learned that the car was registered to a woman. This is hardly a just basis for making the determination that reasonable suspicion exists. Thus, if a judge allows the motion there is no further analysis. All of the drugs are suppressed. This should be the end of the discussion. However, if the stop itself survives a judge will next look at the search of the defendants and the car. This implicates the probable cause analysis. Probable cause is a higher standard and will be tough for the district attorney to meet here.

Here is something else to consider. The car was not registered to either Zayas-Andujar or German. How then can a prosecutor attribute to them knowledge of the “hide” in the car? It is unlikely that anyone can. Keep in mind that the drugs were not on these men and there is no indication that they had in fact sold drugs in the parking lots. I imagine that once these arguments are advanced the bail in this case will be reduced to something affordable.

Attorney Stephen Neyman has a reputation for winning drug cases and all other types of criminal cases in Massachusetts. We pride ourselves on our work. No one has comparable results. We are known as a winning office. If you need a lawyer call us at 617-263-6800. You can email us as well. We know that we can help you defend your case.