An article I recently read in the Newburyport News once again got me thinking about traffic stops and probable cause.  The defendant in this case, Luis Peguero was allegedly driving with headphones on.  He was stopped.  Police dispatchers provided i 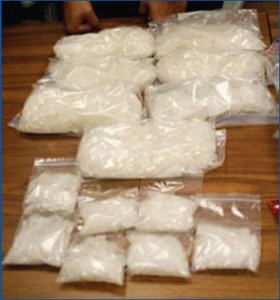 nformation that Peguero had used an alias and had a criminal record.  Consequently, his car was searched.  Cocaine was found in a hide.  The police found enough drugs to charge Peguero with trafficking cocaine in excess of one hundred grams.  This post examines probable cause in the context of motor vehicle stops under the circumstances of this case.

Does Driving With Headphones on Justify the Stop of a Motor Vehicle in Massachusetts?

Believe it or not driving with headphones is illegal in Massachusetts.  Under Massachusetts General Laws Chapter 90 Section 13 “no person shall operate a motor vehicle while wearing headphones”.  This is a civil motor vehicle infraction giving the police the right to stop you and give you a citation.  In this case, the Massachusetts criminal defense attorney made a good point however arguing that based on the evidence presented at the arraignment there was not a set of headphones in the car.  This is something to be litigated at the hearing on the motion to suppress.

Does a Criminal Record Permit the Police to Search Your Car Without a Search Warrant?

The existence of a criminal record can, in some situations serve as a factor that is considered when challenging reasonable suspicion for a motor vehicle stop.  However, in this case the stop came from the use of headphones.  Learning about Peguero’s criminal record followed the stop.  This, even when coupled with the headphone violation does not permit an outright search of the vehicle.

Does a Non-Renewable Driver’s License Permit the Police to Search a Car?

Based on the limited facts set out in the local newspaper it appears that Mr. Peguero might have a good shot at getting the evidence seized from the car suppressed.  This is frequently the best way to win a Massachusetts.  Get the drugs suppressed and the district attorney probably will not have a case.  If you need a lawyer give us a call at 617-263-6800.  We can help you.