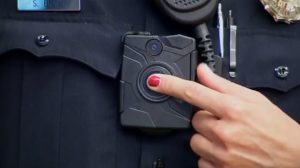 In light of so many instances of police-involved shootings over the past year across the country, the Boston City Council is considering a proposed pilot program that would have Boston city police wearing body cameras to record officers’ activities, CBSBoston reports. The purpose of the cameras would be to observe the officers’ actions in an unbiased way, including their interactions with civilians and suspects.

Body cameras offer a way to protect both police offices and the people that the officers are meant to serve and protect. Unbiased video recordings from body cameras can be used as evidence in court to demonstrate what happened between an officer and a civilian or suspect. Arrests can be recorded, as well as conversations between officers and witnesses and the questioning of suspects.

The proposal for body cameras to be worn by Boston police follows in the footsteps of a similar pilot program that is currently underway in Methuen. While there are a number of unanswered legal questions concerning the use body cameras by police officers, such as is it legally permissible for officers to record encounters with suspects who are unwilling to be recorded or how long the recorded video footage should be stored, the video recordings are useful and appreciated because they can definitively show what happened during an encounter between an officer and a suspect.

What Impact Will Body Cameras Have on Defendants?

Many police jurisdictions across the country are considering implementing the use of police officer body cameras, and some police forces have already begun to use them. For defendants, the footage from an officer’s body camera could be damning or could be a ticket to the dismissal of the charges pending against them.

It is also predicted that the use of body cameras by police officers will:

If you are facing criminal charges, it is important to get into touch with an experienced criminal defense lawyer immediately.