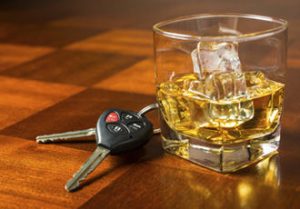 Every so often on the news there will be a report about a person beating drunk driving charges due to unusual medical conditions. One such condition is known as auto-brewery syndrome, where the gut holds an unusual amount of yeast, which can cause the gut to act like a fermentor. A woman in New England recently used a diagnosis of this rare medical condition as a defense to DUI charges according to an article in the ABA Journal.

The woman in question was pulled over by police after another driver reported her as weaving in and out of traffic. She submitted to a Breathalyzer test and blew a 0.33 blood alcohol concentration (BAC), which is more than four times the legal limit. With a BAC that is four times the legal limit, you might think the woman would be incapacitated. However, because the onset of this particular condition is slow, the person with the condition builds up a tolerance to high levels of alcohol in their system. People with auto-brewery syndrome are capable of functioning quite well, despite having a very high concentration of alcohol in their system.

The woman insisted to her lawyer that she had only had a few drinks containing alcohol earlier in her day when she was arrested for drunk driving, and that the alcohol that she did consume was not enough to give her a BAC of 0.33. Her criminal defense lawyer researched medical conditions that could generate such a high BAC in a person who has not been drinking and discovered that a condition called auto-brewery syndrome seemed to fit the facts surrounding his client’s situation. The woman was sent to a specialist and was diagnosed with the condition. After diagnosis, the charges against the woman were dropped and she was treated for the overgrowth of yeast in her digestive track.

Would a Defense Like Auto-Brewery Syndrome Work in Massachusetts?

The above case did not happen in Massachusetts, and the defense of auto-brewery syndrome to DUI charges is a fairly recent phenomenon. While this particular defense may not have been raised in Massachusetts yet, it has been raised in other states, and was successful in the case of the woman discussed above. Perhaps her case will set a precedent that other courts will follow when faced with DUI criminal defendants who can demonstrate that they have a rare medical condition, such as auto-brewery syndrome, that caused them to fail a Breathalyzer test.

While incredibly rare, there are some medical conditions that can explain a high BAC even though an individual has consumed little or no alcohol. When you are facing drunk driving charges, Our Attorney will explore every possible defense that may be available in your particular case. Your freedom and criminal record are at stake and you need a lawyer who will aggressively fight your pending charges. Please do not hesitate to contact DUI defense Our Attorney either online .