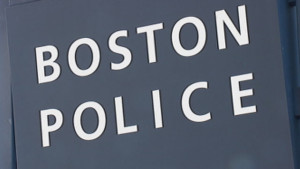 Many of my blog posts contain suggestions about how to show that a police office is lying. The easiest way to do this now is to canvas the area where the alleged crime took place and see if surveillance and security cameras are installed. If so, get a court order to access a copy of this material. I am constantly amazed at how these recordings show something far different from what the officer represented in his or her report.

But what happens if such recordings do not exist? Well, in the case of most of my assault and battery on police officer cases I hear the same story from my clients. “I never touched him…he was the one beating on me”. It is usually the officer who gets overly aggressive and commits the assault on the suspect. Not the other way around. So, one way to try to challenge credibility is to get access to the officer’s personnel file. This can be done through a motion. Judges are reluctant to allow these motions and prosecutors along with the police union will tirelessly fight these efforts. Regardless, the Supreme Judicial Court has held that if the defendant can show that the officer was the aggressor or “that the defendant was aware at the time of the incident of any acts of violence by the” officer access to these papers should be allowed. Judges will hold the defense to standard and the burden will be high.

What Will Be Admissible Against The Officer?

What can be accessed is not always what can be used at trial. Most likely any discussions on the record will be done in camera. The transcript of the hearing will probably be impounded and sealed except for that which can be used in court. And, anything that can be used in court against the officer will not be without limitation. Unfortunately, the police officer will be treated differently than other “victims”. Your lawyer’s job will be that much more difficult where the “victim” is a cop. Keep in mind too that there is not much case law on this in Massachusetts from a criminal perspective. There is however significant case law in this area in cases where the police are being sued for violating someone’s civil rights. That is a good starting point for getting collateral authority for the admissibility of an officer’s personnel file.