Last week employees at an Arlington, Massachusetts restaurant called police to report “suspicious behavior”. Police went to the location where they located a camera concealed in a flower basket that was photographing women using the bathroom. The police arrested Joseph Hennessey and charged him with photographing an unsuspecting person in the nude as well as disturbing the peace. This crime has more recently been referred to as upskirting. The case is now pending in the Cambridge District Court. 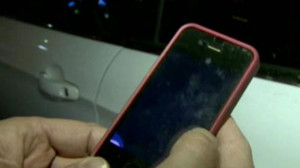 Photographing Unsuspecting People in the Nude

The Massachusetts statute barring this conduct is Massachusetts General Laws Chapter 272 Section 105. The law makes it a crime to electronically capture or view a nude or partially nude person where that person would have a reasonable expectation of privacy. A conviction for this offense can result in a sentence of up to two and one half years in the house of correction and a fine of five thousand dollars. This version of the crime is a misdemeanor. Hennessey has been charged with this portion of the law. If however one of the victims is under the age of eighteen then the crime becomes a felony and there is a possible five-year state prison sentence and the fine can increase by up to ten thousand dollars. If it is determined that the illicit recordings were disseminated the crime is also a felony.

What Does Partially Nude Mean?

The law referenced in the previous paragraphs was enacted on March 14, 2014. Just over a week prior to that however the Massachusetts Supreme Judicial Court decided the case of Commonwealth v. Robertson, 467 Mass. 371 (2014). In Robertson the Court held that a female trolley passenger wearing a skirt at the time she was photographed was not partially nude in accordance with the statute. In Robertson, the defendant’s motion to dismiss was denied and appealed. The Supreme Judicial Court reversed the ruling of the trial court and held that dismissal should have been allowed. The revision to the statute added the language “whether naked or covered by clothing or undergarments”. Thus someone in Robertson’s position now would not win a motion to dismiss as did Robertson ultimately.

For Mr. Hennessey viable defense will depend on several factors. Who saw what? How are the police going to link the recording device to him? Was any of Hennessey’s property searched without first obtaining a search warrant? Hennessey’s criminal history, if any will also play into a resolution of this case. These cases can be continued without a finding. If that is the result probation will be imposed, probably with some sort of counseling as a condition. Successful completion of the terms of probation results in a dismissal of the case. Conversely, there is always the possibility of jail time. Hiring an experience criminal defense lawyer is the best way to ensure a favorable, positive result.

Our office has been defending sex crimes in Massachusetts for nearly thirty years. If you are in trouble you need to hire a lawyer who has experience defending the crimes you have been charged with. There is no substitute for experience. If you need a lawyer or want to discuss your criminal case, call Attorney Stephen Neyman at 617-263-6800 or send us an email. He can help you.