Law enforcement officials at the state, federal and local levels arrested twenty eight people in the Brockton area yesterday following an investigation targeting low to mid-level drug dealers selling Cocaine and Crack Cocaine. The ages of the defendants ranges from nineteen to forty nine years old and includes women, men and homeless people. Most of the defendants are from Brockton, with a few from Bridgewater and Raynham. The charges leveled at the defendants vary. Some are charged with Cocaine Distribution, Conspiracy to Violate the Drug Laws, Distribution of Crack Cocaine, School Zone Violations, Heroin Distribution and Distribution of Cocaine Second and Subsequent Offense. Bail ranged from personal to thirty thousand dollars cash. The investigation was named Operation Street Sweeper II. This operation follows two other successful large scale investigations in the Brockton area in the last year. The cases are pending in the Brockton District Court. According to newspaper reports one courtroom was set aside to handle all of the arraignments in this case. 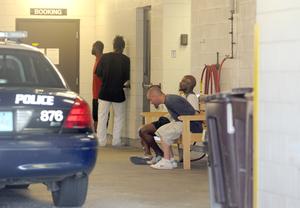 All throughout Massachusetts and the entire country police have been implementing various tactics aimed at disrupting street-level drug dealing activities. Among these strategies are controlled buys, raids and large scale crackdowns. The latter method deploys large numbers of undercover officers who typically target Heroin, Crack and Cocaine dealers. There is a belief that the effectiveness of these operations is limited to the short term. Once the arrests are made and law enforcement vacates the area drug dealers come to the area quickly and establish or reestablish their presence. This can be defeated if there is a follow up plan that prevents the reinstatement of the unlawful activities. It is however generally agreed that drug sweeps do result in a diminution of drug dealing activities at least initially and that getting these people off the streets is a good start towards fighting drug dealing efforts.

There is often difficulty in effectively prosecuting these kinds of cases. People arrested in drug sweeps are done so an extended time after the commission of the alleged activity. For instance, if the police are engaged in one of these large scale operations they will often make the controlled buy and not effectuate the arrest until a future date. This makes the job of the Massachusetts Criminal Defense Attorney somewhat easier. Doubt is often raised in these cases simply because jurors cannot understand why the police would wait to make an arrest. People simply do not believe that a police officer would fail to make an arrest immediately after witnessing a crime. It is counterintuitive to the lay person. Evidence of the overall operation might be excluded at trial particularly in cases where there in no link between the various people arrested and charged with drug dealing.

Our office has defended people arrested in Drug Sweeps in Massachusetts. If you have any criminal legal issues call our office now at 617-263-6800 or email us. We will fight to defend and protect your rights.